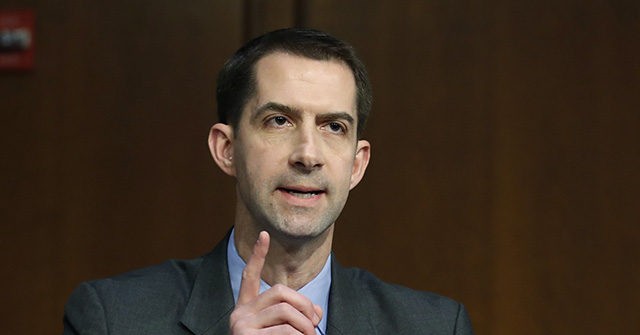 Throughout Wednesday’s broadcast of FNC’s “Fox & Associates,” Sen. Tom Cotton (R-AR) sounded off on the Senate’s International Relations Committee listening to with Secretary of State Antony Blinken over the Afghanistan withdrawal.

Cotton mentioned Blinken “has spent the final two days blaming everybody for the debacle in Afghanistan aside from the one who bears the blame — Joe Biden.”

“You already know, Tony Blinken has spent the final two days blaming everybody for the debacle in Afghanistan aside from the one who bears the blame — Joe Biden,” Cotton emphasised. “And that’s as a result of Tony Blinken has been a long-time assist and sure man to Joe Biden. It’s not stunning he got here up there and defended the president’s declare that this was some type of extraordinary success, because the president known as it.”

He continued, “I wouldn’t say it’s a unprecedented success after we misplaced 13 People to a suicide bomber when our army needed to evacuate over 100,000 folks doing an amazing job on the bottom. A job they by no means ought to have been known as to do due to the disorganized and ill-planned evacuation that they needed to conduct as a result of Tony Blinken’s Assertion Division, which let’s bear in mind, is answerable for that type of drawdown and evacuation of civilians, had not correctly deliberate and arranged for it.”

“I believe the individual that’s answerable for what’s occurred in Afghanistan is, sadly, the president, not Tony Blinken,” he said. “And Tony Blinken is exexecuting the president’s coverage. There are nonetheless some questions I’ve about Tony Blinken’s preparation for this evacuation and precisely how effectively the State Division deliberate or how effectively they didn’t plan. I wish to unravel these. And we are going to see what these questions show out in the long term.